I’ve been living and working in Saudi Arabia for about 8 months now, and in this part of the world, the most common outlet types I’ve encountered are the two pronged German “Schuko” CEE 7/4 plug and the three pronged British Standard 1363 plug (see image below):

The BS plug (no pun intended) is what came with my work-issued IBM Thinkpad, which came with me back to the States. When I returned to my office this morning and powered up my laptop, I was greeted with this:

Upon further inspection, I was able to determine why: 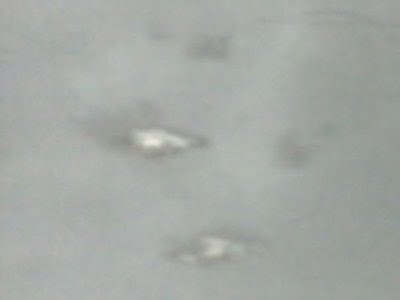 What you’re looking at are two deep scratches where the prongs of the BS 1363 plug impacted back of the display, fracturing the screen on the other side. The AC Adapter and Laptop were placed inside my soft case, which was packed in my checked luggage bag. The laptop and AC Adapter were placed in separate compartments of the soft case, which seemed to offer sufficient protection.

This kind of damage is virtually impossible to accomplish with a NEMA plug, and with the inner partition of the case between the laptop and the adapter, it never would have occurred to me that this could happen. Some BS 1363’s plugs feature folding prongs (e.g. SlimPlug, ThinPlug), though these products were developed to cope with size – nevertheless, my laptop AC Adapter wasn’t equipped with folding prongs…

The good news is, being a relatively new laptop, it’s still under warranty, and our vendor can come out and replace the display for me!

Moral of the story? If your device uses a BS 1363 plug, be sure to wrap something around the prongs to keep them from banging up other equipment it might be stored with during transport :).